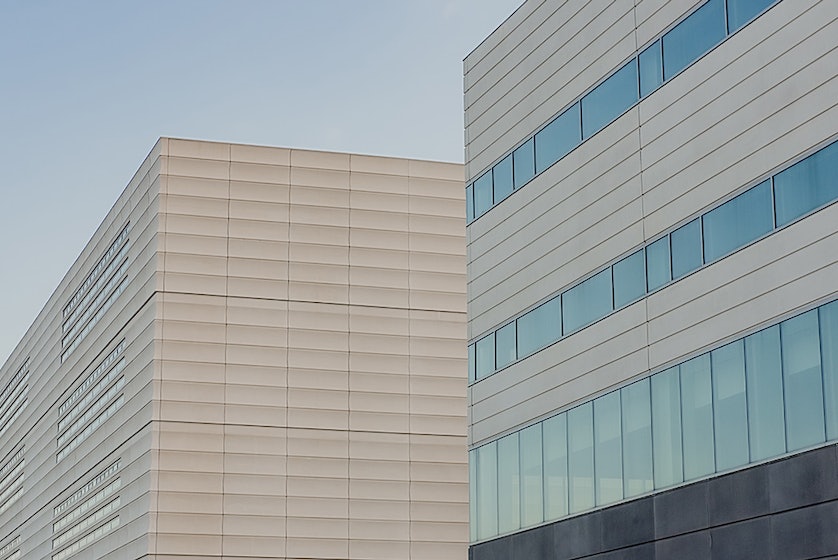 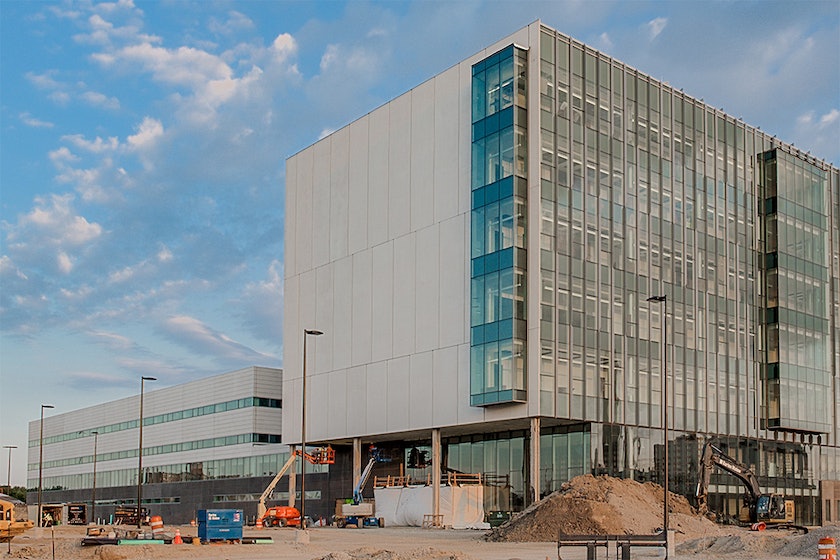 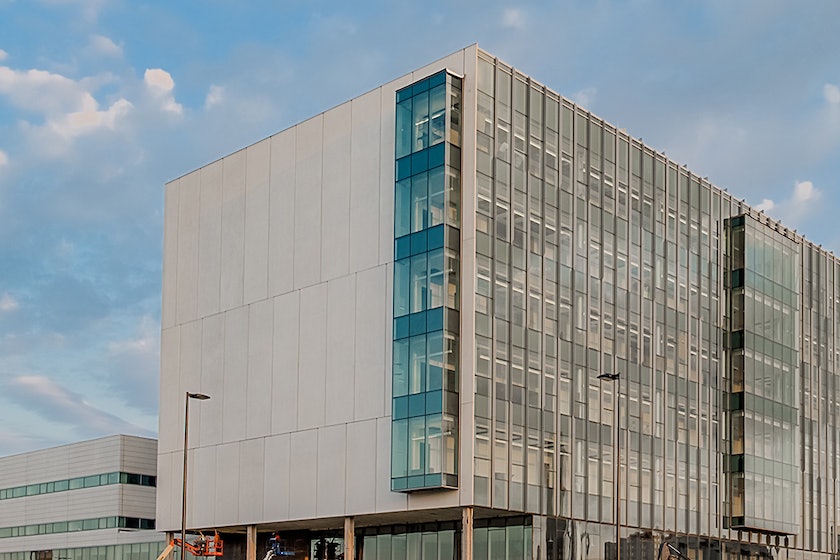 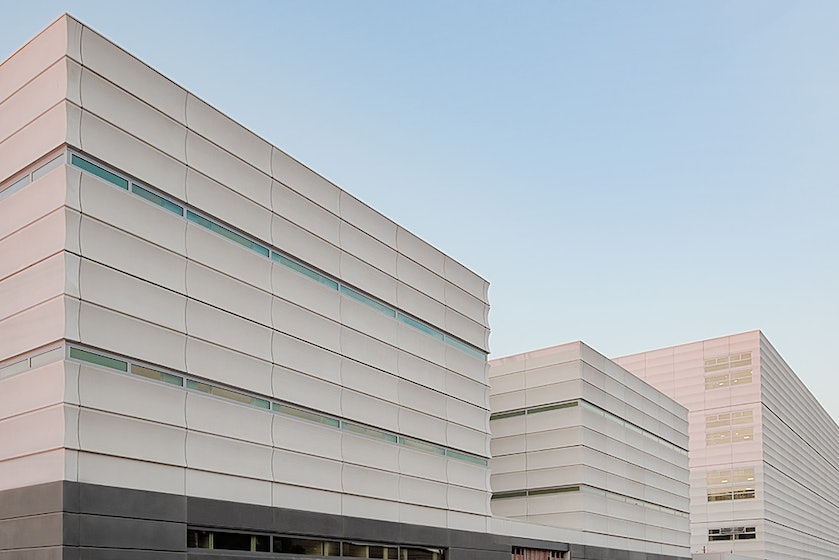 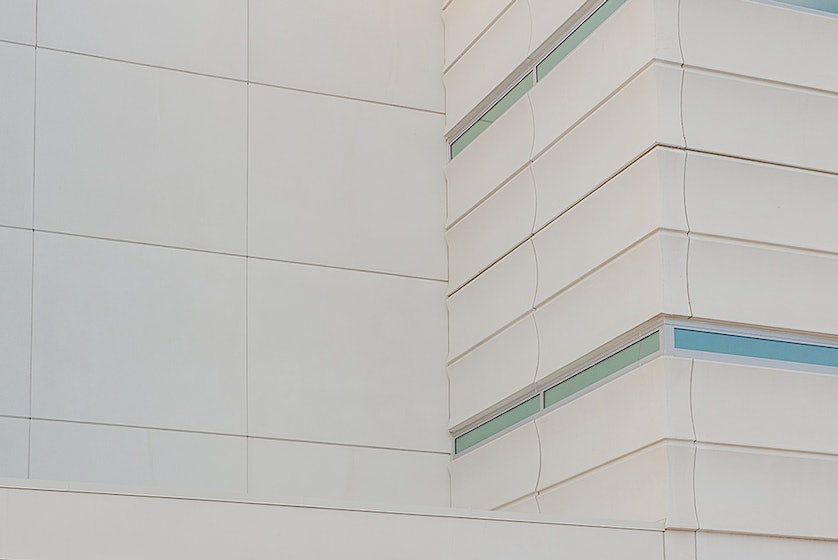 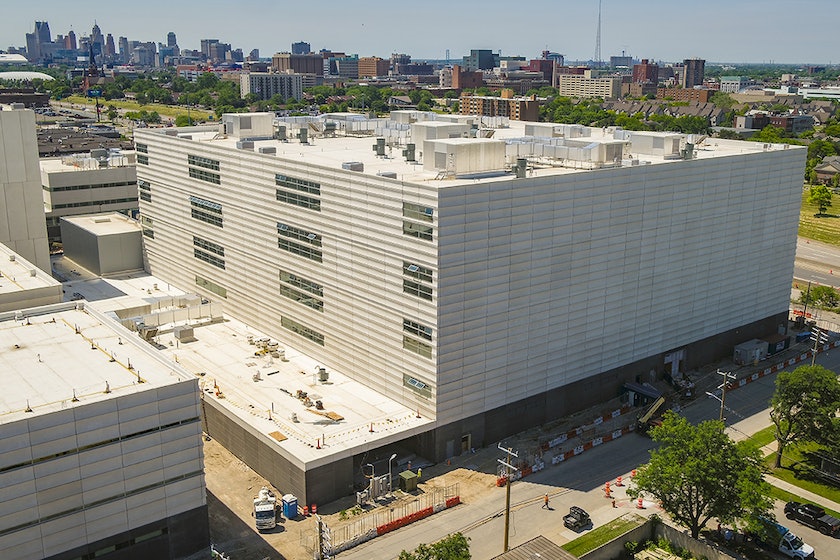 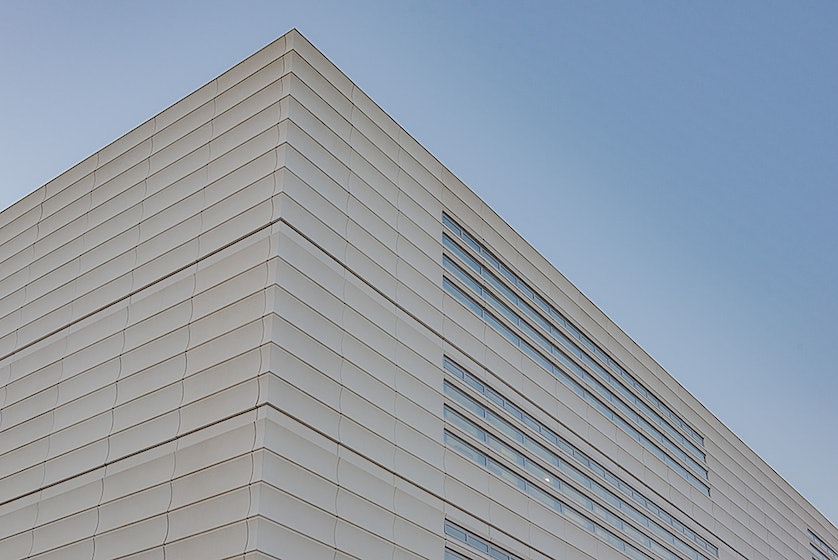 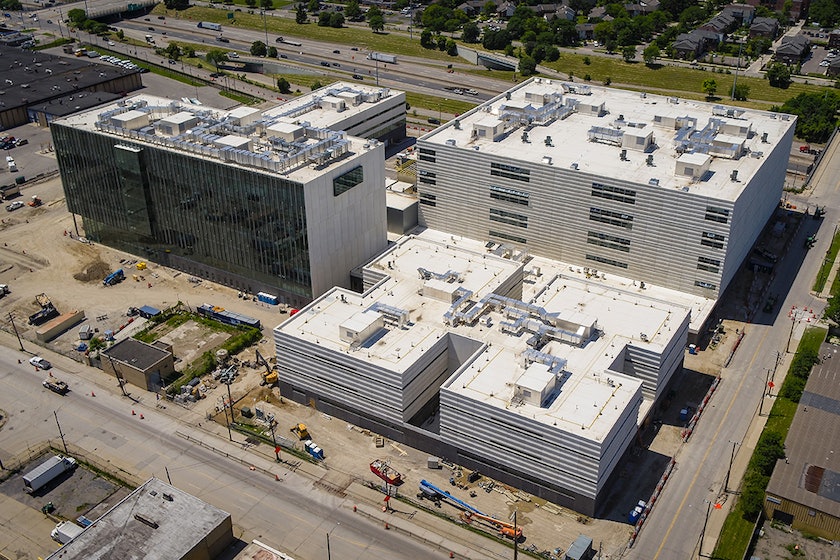 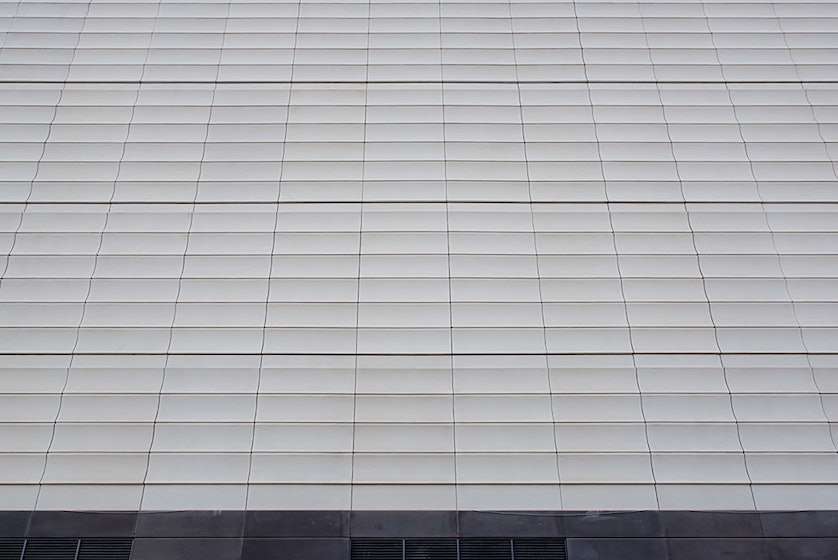 The Wayne County Criminal Justice Center is a design build project cooperative between the owner, A/E team, and Fabcon Precast (f.k.a. Kerkstra Precast). Originally considered to be constructed by other materials the Fabcon team proposed a precast alternate framing system. By working with the development partners, construction manager, and design team the framing option using precast was capable of proving the required floor system for the prefabricated, two-story housing units, and maintaining the durability required for the building use. Consisting of five separate structures, the Adult Detention Facility, Juvenile Detention Facility, Courthouse and Sheriff’s Office, all connected by a precast connector building for transport between the other structures. The goal was to integrate the precast finishes on the exterior throughout the entire campus, while maximizing the speed and coordination of a total precast systems approach. Note: The Sheriff’s Office and Courthouse were architectural cladding on steel framing.

The interior framing consisted of a mix of standard precast framing utilizing double-tee’s, hollow-core plank, beams, columns, and precast shear walls. The exterior was a mix of scalloped precast insulated panels with a two-color mix of black and white concrete in the same panel. The use of the scallop in various directions helped separate each structure while keeping the campus with consistent finishes and colors. Panels were reinforced with Carbon Fiber Grid to maintain the required thermal separation between the architectural exterior and the structural interior wyth.