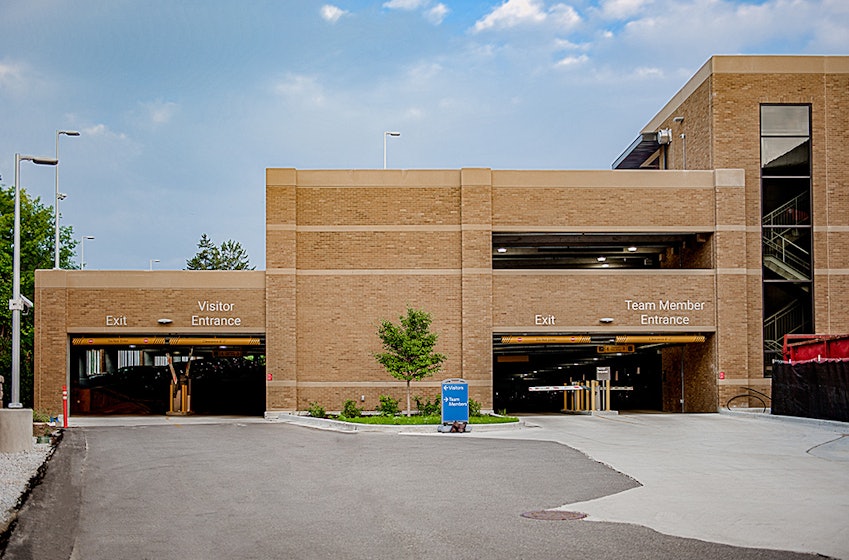 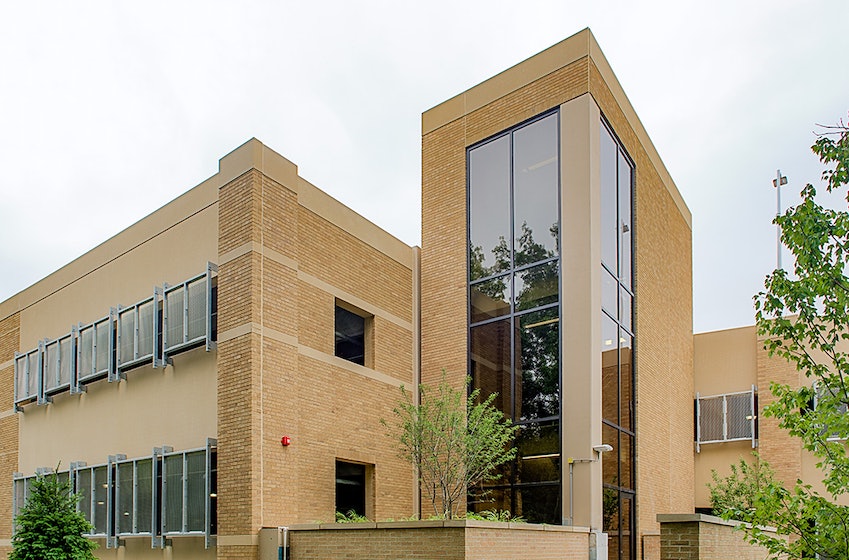 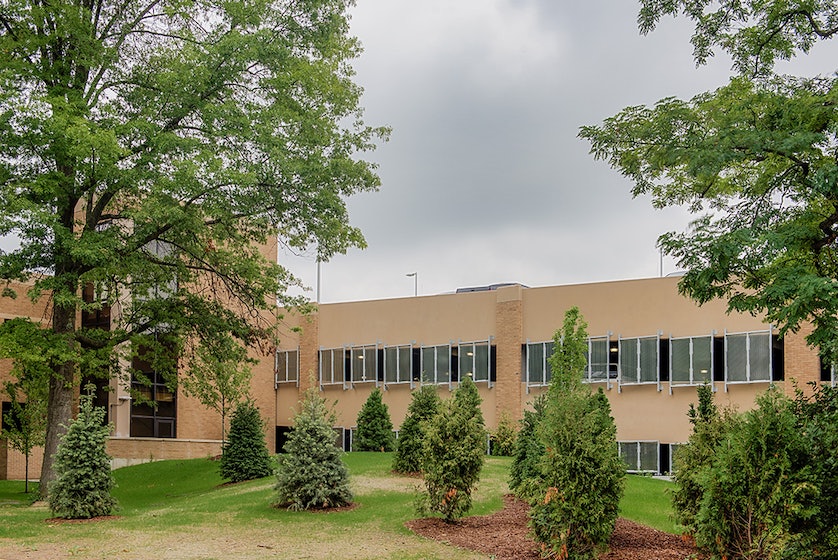 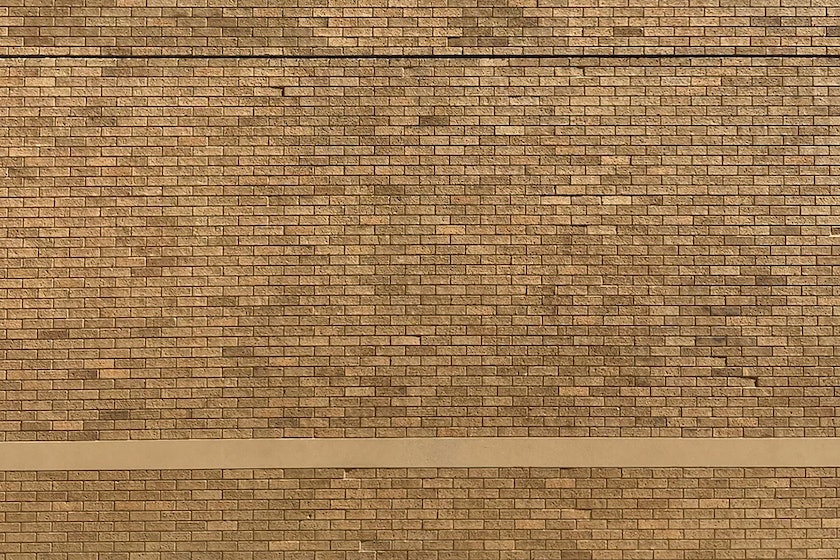 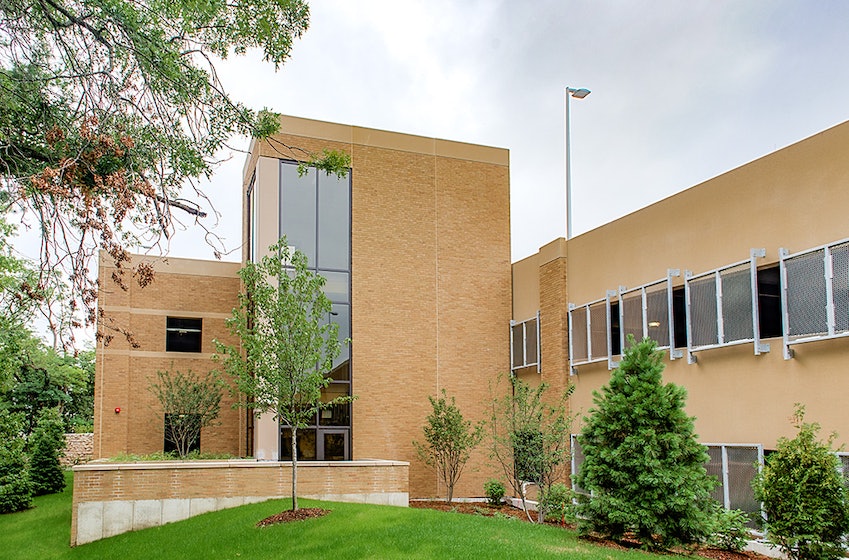 The South parking structure is phase No. 2 of a multi-phase parking expansion and remodel of the Blodgett Hospital originally opened in 1916 in the City of East Grand Rapids, Michigan. The current expansion and remodel work was to include demolition and re-construction of two existing parking areas as well as integration of the parking area to updated entry and emergency locations. The first phase consisted of a three-level cast in place post-tensioned parking structure with inset thin brick precast exterior panels. Due to the success of the original phase precast, the contractor reviewed using precast for the entire South Garage. Working with WGI, Fabcon was able to provide a total precast, 679 space parking garage, of which three levels were completely underground. The 710 piece parking garage had the upper two floors exposed above grade level and had to exhibit architectural features that matched the original 1916 hospital.

The single biggest goal of the project was to provide a rapid construction schedule that allowed for intricate architectural details while being respectful of the surrounding neighborhood during construction.
Architecturally the exterior, which was to be two stories above the original garage height, had to blend in with the exterior of the original 1916 hospital. Based on the original hospital brick, Belden Brick and Supply was able to provide brick in a color and texture that was almost a perfect match. The limestone trim was mimicked with exposed integral color concrete. These two elements combined to make the exterior of the parking garage look and feel like part of the original hospital.